It was the model for Star Wars and pioneering for science-fiction, yet never brought successfully on screen. I’m talking about “Dune”. From director Denis Villeneuve and based on the book series by Frank Herbert, “Dune” tells a tremendous epos between the stars. To whom Star Wars may seem too colourful or family-friendly, “Dune” is rather grown-up and dark. A mixture of Lord of the Rings, Game of Thrones and Star Wars.

Dune was cursed material. No studio and director succeeded in bringing it on screen. There was the film “Dune” by David Lynch which made the mistake to squeeze the entire first book in the film and then practised exposition dumbing throughout. Lynch’s version already started with the emperor’s daughter explaining the world to us. Back then people had cribs laying on their seats so that they remember who belongs to which house and on which planet the film takes place. Of course, that wasn’t the only problem with the film but it was the main mistake.

In Denis Villeneuve’s “Dune” we don’t get as much exposition and not through a character that explains this universe to us. We are told through the dialogue between the characters. In film making there’s the principle “show, don’t tell”. Although “Dune” orientates on that, in my opinion, there was still some exposition that wouldn’t have been necessary to drop. However, this is to make up a new franchise like Lord of the Rings and to do that, it needs a wide audience which requires some exposition to not feel left alone in this epos. The reason for that is the story.

My planet Arrakis is so beautiful when the sun is low. Rolling over the sands, you can see spice in the air. 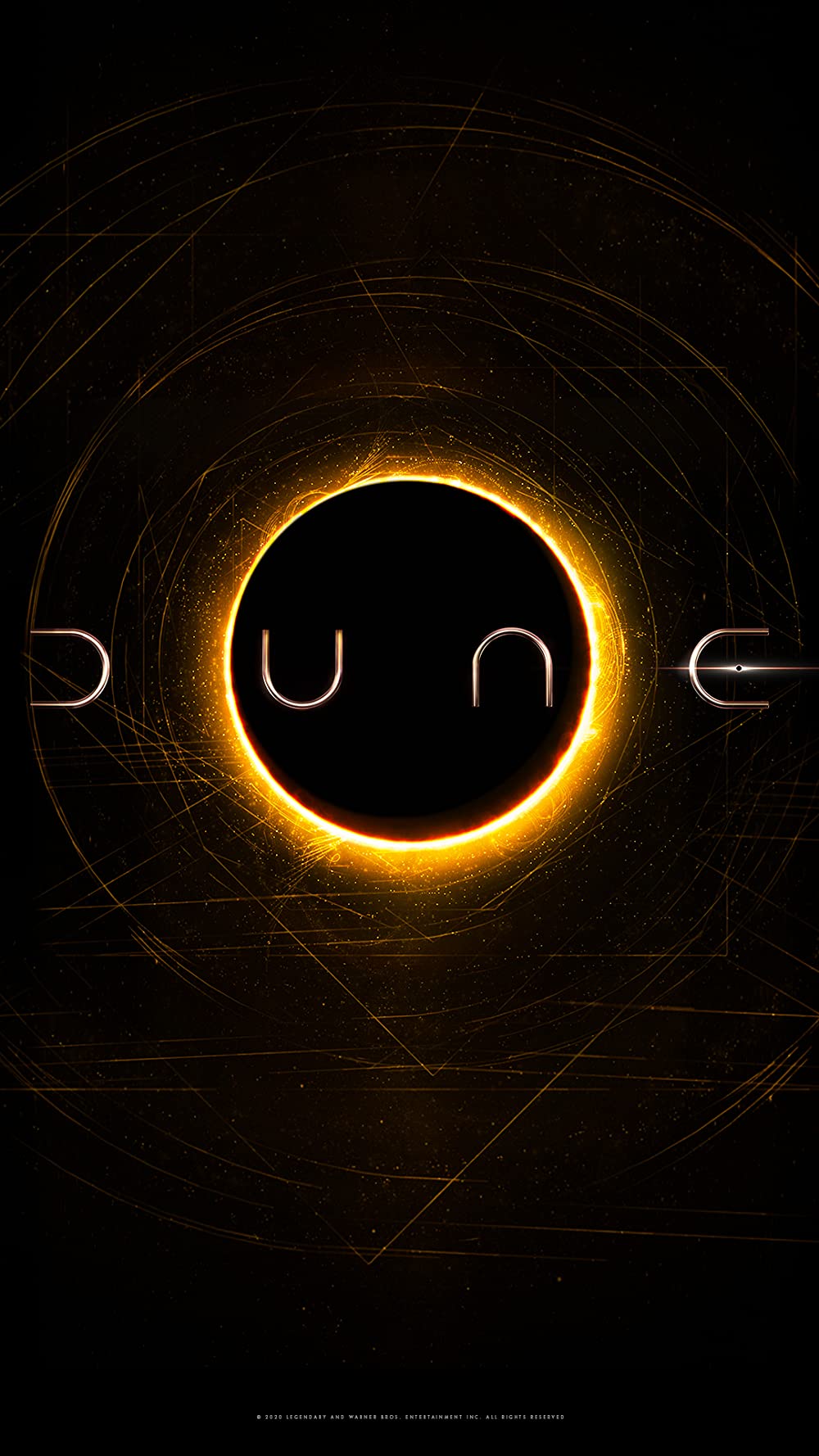 Just like in Game of Thrones there is a big ensemble of important characters. Whether it is the members of house Atreides and Harkonnen or the other fractions in the background like the empire, the Bene Gesserit and the Fremen. In addition to that, “Dune” takes place in a galaxy far far ahead in time which requires some explanation as well. The best comparison may be George Lukas’s star epos, explaining only as much as needed to tell a story without any holes. 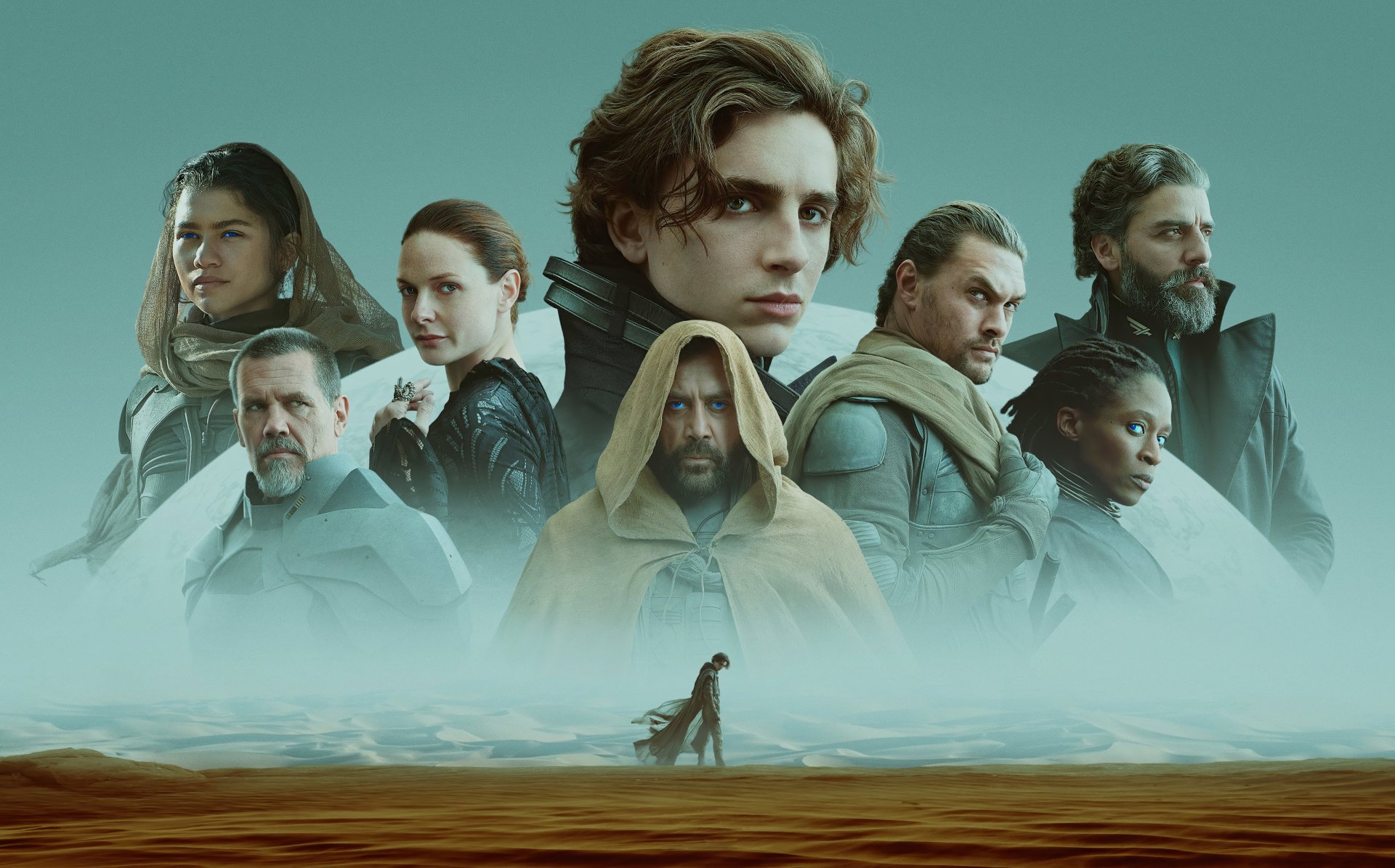 Denis Villeneuve, famous for films like “Arrival” or “Bladerunner 2049” makes short work of another bad aspect of David Lynch’s “Dune”, the cast. The ensemble of Villeneuve’s “Dune” is unbelievable and flawless. From Timothée Chalamet as Paul Atreides to a side role like Charlotte Rampling as Gaius Helen Mohiam, everyone is fantastic. May I introduce you to the members of:

Aside from them, there are many more.

A cast without equal and with some more to come in the sequel. This may be the most important attitude to have while watching the film, it is only the first part of this epos. The film may be named “Dune”, yet the real title is “Dune Part One”. A fact important to know because the film feels like a prologue with excess length. For that reason, “Dune” might be one of the most anticipated films of our time.

However, what is so fascinating about “Dune Part One”? Well, the part that mesmerised me the most was the world-building. I want, I need to see more of this world. The film teases so much lore that we might get to know in the second part or maybe never. This leads me to the next point, the extraordinary visuals. “Dune” is packed with countless beautiful shots and moments where I was left stunned in the seat. The characters, the fight scenes, all that seems small whereas the space ships or the famous sandworms of Arrakis appear king-sized, which makes it look like a theatre play where the backgrounds are unrealistic monumental. Along with the great visuals comes the soundtrack of Hans Zimmer which is unlike everything he’s done before, yet still phenomenal. This is a film that has to be experienced in cinema and on the biggest screen possible.

This is my Dune. Kill them all.

There is so much more to talk about but in the Spoiler part of this review. For everyone who hasn’t seen “Dune Part One” yet, I appeal to you urgently to go watch this masterpiece in cinema. I watched it twice and even went to Munich for the second screening to experience it with Marco Risch from “Nerdkultur”. To repeat what he said after the film: “We experienced here the birth of something great”. 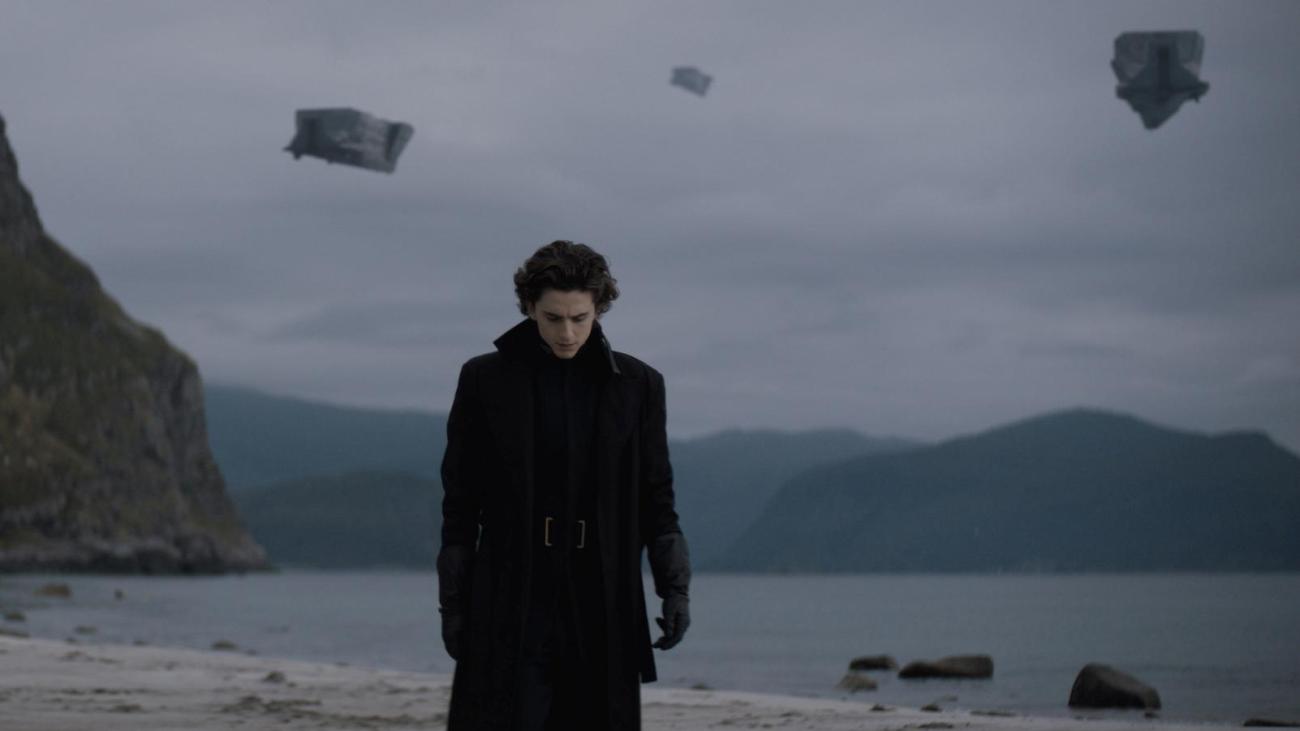 The moment Chani turned to Paul and said “This is just the beginning” was the moment I was unsatisfied, not with the ending but rather with the entire third act of the film. No phenomenal final fight, no space battle. I was expecting an ending like in every Star Wars film. Instead, Regisseur Denis Villeneuve decided to only bring half of the first book on screen because he knew that the original “Dune” from David Lynch made that very mistake. Knowing that and watching it for the second time I realised that the final fight between Paul and Jamis might not be a lightsaber duel like in Star Wars, nevertheless, it comes with more meaning for the story and especially for Paul. He doesn’t win the fight, he dies too. The old Paul Atreides dies killing Jamis. The reborn Paul doesn’t belong to house Atreides anymore, he is the prophet, the chosen one who decides to team up with the Fremen and fight the Harkonnen instead of running away.

I must not fear. Fear is the mind-killer.

He accepts his destiny and will build an empire. Sound familiar? It’s no coincidence that Paul Atreides will have the same character development as Anakin Skywalker. Developing Star Wars George Lukas was inspired by the Dune books, he could even be accused of copying some stuff. The parallels are undeniable. Seeing that you also notice that the film plays with that connection. For example, the scene where Paul and Jessica escape the imperial guards with the dragonfly-like spacecraft. The moment they start to fly out of the hangar you expect the “stormtrooper” to arrive and try to stop them like in “Star Wars Episode IV A New Hope”, just to see that they’re not. Subverting expectations. Again, no coincidence because Denis Villeneuve is ironically a huge Star Wars fan.

Just as Star Wars, “Dune” delighted me with its beautiful world-building. Whether it is the creatures of Arrakis or the giant space ships. Both introduction scenes where my jaw dropped. Especially the scene when house Atreides visits the spice harvester and we see how they collect the most valuable resource in the galaxy. Furthermore, I can’t wait to see more of the Harkonnen. Although they have only little screen time and are mainly only the bad guys, I want to see more of the way they’re living and their motives, except for the money. Stellan Skarsgård as Vladimir Harkonnen and his embodiment of capitalism was for sure one of the highlights of the film. Only scarce scenes and even less dialogue, still he brings an enormous presence on screen, albeit this affects every character. Despite the long run time, I couldn’t get enough of the cast due to many of them only appearing a few times.

There is one guy I haven’t talked about yet, Greig Fraser. The cinematographer was already involved in “Rogue One A Star Wars Story” and made this maybe the most beautiful part in the Star Wars Saga. You see his influence in “Dune”‘s great visuals. There’s this one scene where Gurney looks to the sky right before the invasion of the Harkonnen and he witnesses this massive enemy spacecraft coming up at the horizon, similar to the scene in Rogue One on Scarif when the defeated Orsen Krennic looked up and watches the Death Star appearing at the horizon. An awesome parallel but without the same outcome. Gurney doesn’t die in that massacre, it would’ve been staged differently.

Another one of my favourite scenes was the one with baron Harkonnen and the naked Leto Atreides I. Not only because of how badass the baron behaves, rather because the scene implicates the last humiliation of house Atreides but ends with the death of many Harkonnen and nearly even the baron himself. Another interesting thing about this scene was that the baron called Leto cousin, implying that they are relatives. A Game of Thrones classic and more important in the future.

“Dune” has unlimited potential. The genre and visual potential from Star Wars, the story and slow storytelling from Game of Thrones and now an overlong epic prologue like Lord of the Rings. Indeed “Dune” is a perfect set up but for a second more delivering part that has to come, otherwise, it can’t match up with these three franchises. “Dune” has the chance to be the Lord of the Rings of our generation. A perfect film series that will last forever. 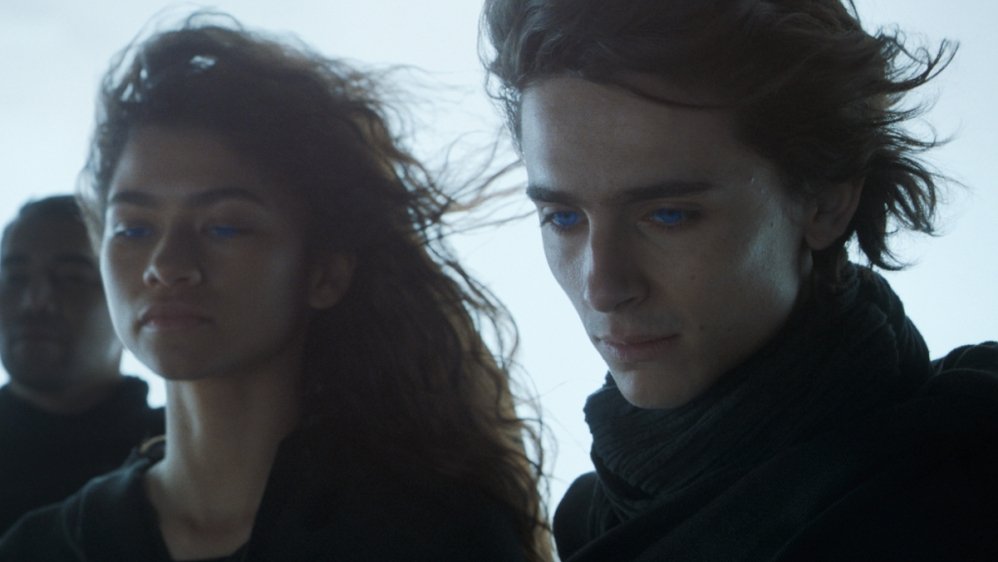 This is only the beginning.