As predicted I’m one of the chosen ones who enjoyed ‘Eternals’, although it could’ve been so much more. 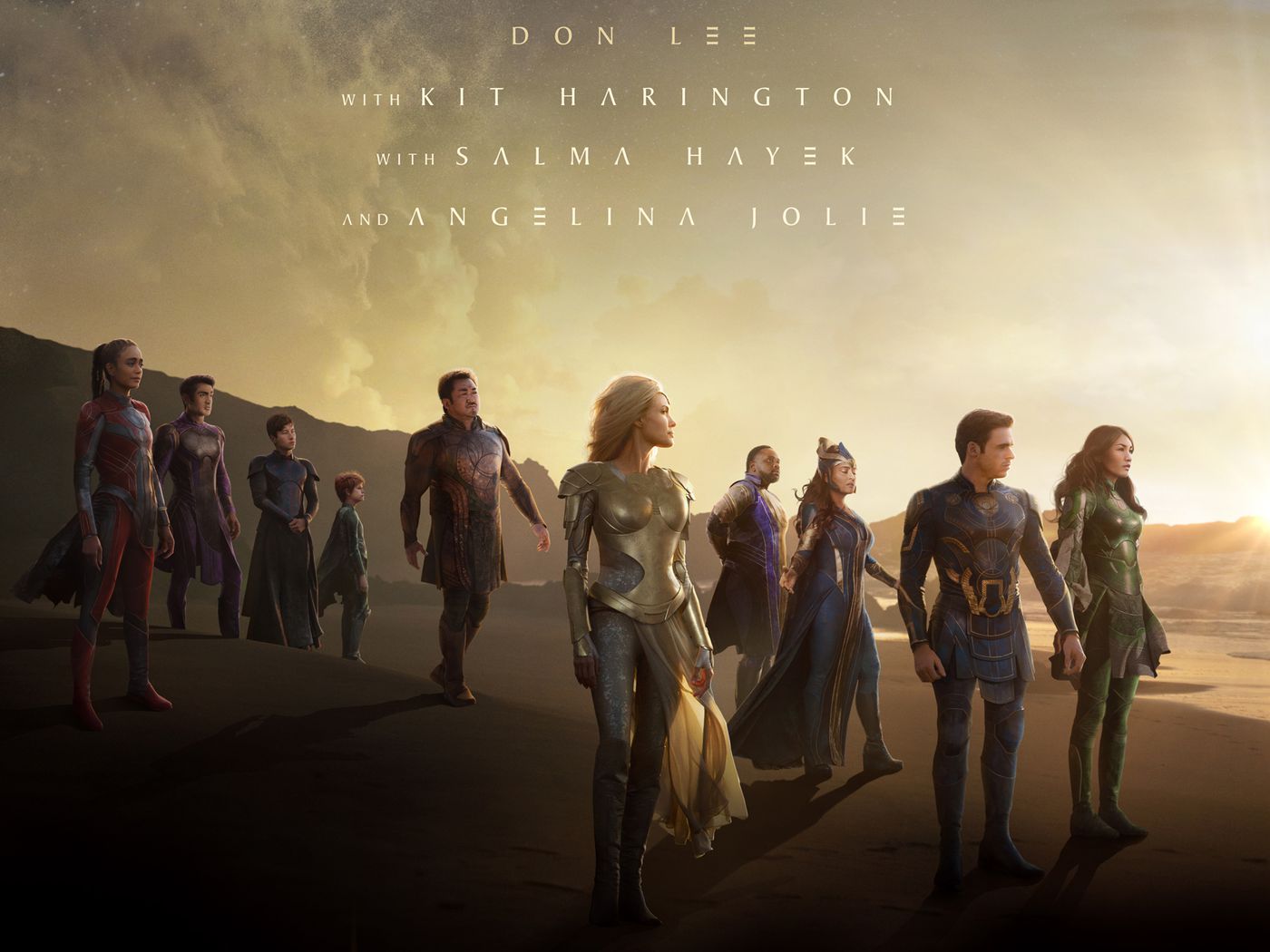 Starting off with an amazing cast, ‘Eternals’ wastes this potential by trying to introduce too many characters at the same time. This eventually leads to a lot of characters with very interesting motives and conflicts but without the necessary character development. Even though the film spends so much time on the introduction of the new heroes, we harshly connect to them. Through the enormous variety of characters, it is just not possible to build a parasocial relationship with them. The film makes it even harder by letting everyone cry through half of the film. However, this doesn’t mean that ‘Eternals’ evoke no emotion while watching. As already mentioned, the motives of the characters are not only interesting but maybe belong to the most interesting character drives of the MCU. Especially Superman-copy Ikaris, portrayed by the great Richard Madden had a motive I probably keep thinking about for some time. Just as interesting was Sprite played by Lia McHugh and Barry Keoghan as Druig. On the other side, we also have rather boring characters like Angelina Jolie as Thena, Gemma Chan as Sersi, Salma Hayek as Ajak and Lauren Ridloff as Makkari. Completing the cast, the Eternals feature Don Lee as Gilgamesh, Kumail Nanjiani as Kingo and Brian Tyree Henry too. As you might have realised, these are way too many main characters for a more or less stand-alone film like ‘Eternals’. Nonetheless, they are all portrayed by pretty good actors and actresses.

Talking about the cast, I further need to mention Harish Patel as Karun. He is the comic-relief character of the film that was the worst part of ‘Eternals’ for me. I don’t understand why every Marvel film has to contain such a character, especially here where he doesn’t fit into the plot at all. Well, obviously because Marvel is not allowed to be serious or dramatic. The audience always needs to laugh during the film, what a waste of potential. Honestly, most of the jokes didn’t work for me. However, they seemed to work for my seat neighbors.

A week ago I saw and read the first critics of ‘Eternals’ which dismissed the film as one of the worst Marvel projects. Therefore, I went to the cinema with low expectations. A beneficial attitude. In contrast to many critics, I wasn’t bored as much as they accused the film of being. Yes, it is too long, again due to the number of characters that have to be introduced. Another problem that kills the flow of the film is the missing overall threat. The existing one is not as clear as usual and can be discussed like abortion. Then, why do I still like ‘Eternals’? For one thing, because of the great visuals and the gargantuan scale of the film that let the Avengers seem like ants and for another the great cast and character motives. The newly established Celestials alone are worth being seen on the big screen. Director Chloé Zhao tried to project her Oscar-winning picture ‘Nomadland‘ onto ‘Eternals’. The lightning, the focus on the characters dynamic, the half close-ups and wide shots. All of it is inspired by her past work. She combines the film with a soundtrack from Ramin Djawadi who also made the fabulous music of ‘Game of Thrones’. Although the soundtrack is not bad or over the top, it still can’t live up to his former work.

When we discuss comic-book adaptions we have to compare them with each other and in comparison with other introductions of character groups in the MCU, ‘Eternals’ simply did a worse job than the Avengers or Guardians of the Galaxy.