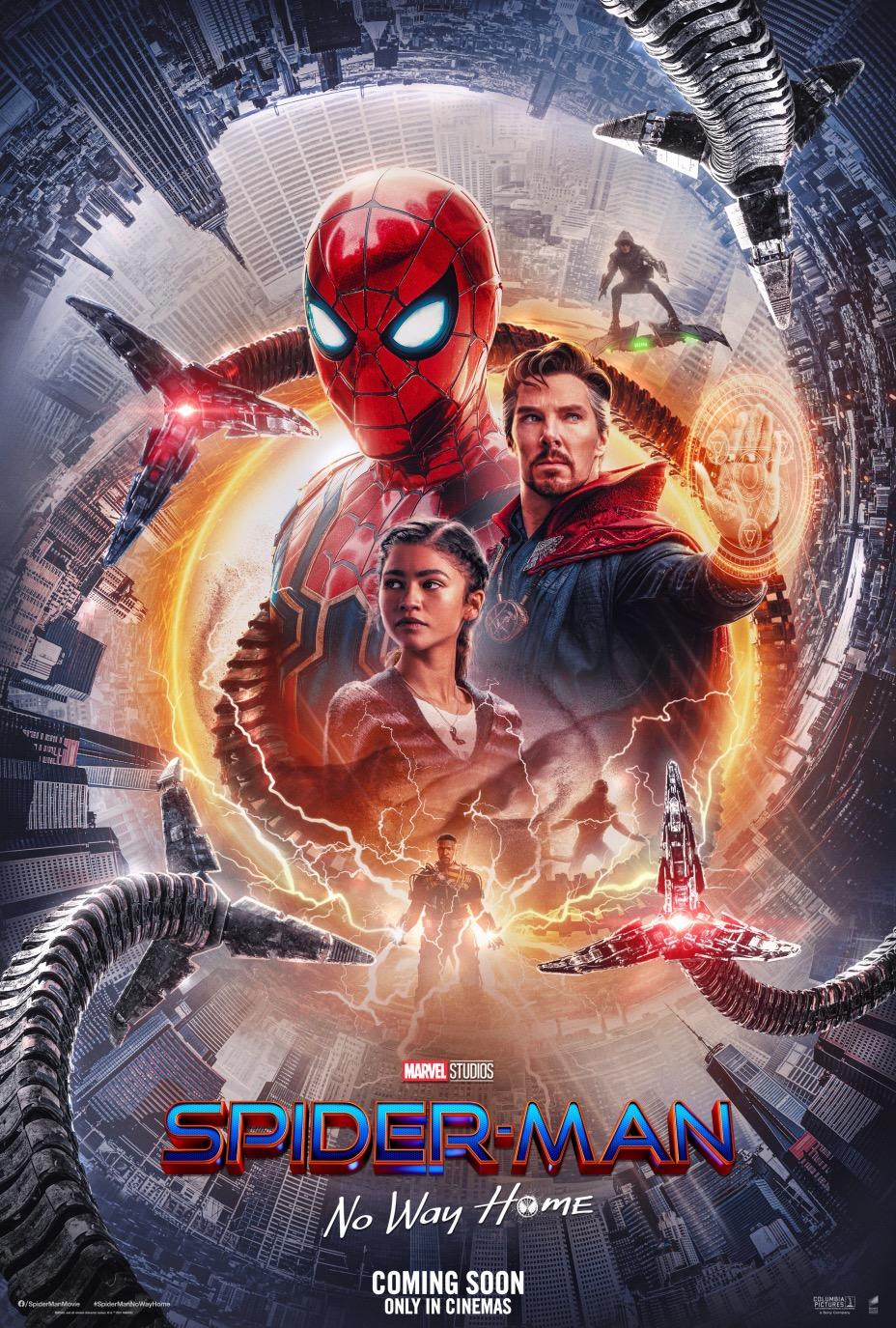 Ever since his first appearance in ‘Captain America: Civil War’, Spider-Man, portrayed by Tom Holland felt more like a joke figure to me than a teenager who is aware of his responsibilities and just tries to be the friendly neighborhood spider. In his two previous solo films he was told that he’s not ready yet, not up for this responsibility, yet always succeeded without heavy consequences. In ‘Spider-Man: No Way Home’ he finally takes charge of his responsibilities even if it means great loss. He grows up. For this critic, I don’t wanna get much more into that due to the high amount of spoiler potential the film contains.

After Mysterio revealed his identity at the end of ‘Spider-Man: Far From Home’, the teenager seeks help from the master of mystic arts, Doctor Strange, portrayed by Benedict Cumberbatch. Again one of the best performances within the MCU, however, he is one of the flaws of the third Spider-Man. Not only is he missing for half of the film, no, but his character does also a 180° degree turn. When I remember back at ‘Avengers Infinity War’ it was him who was ready to sacrifice everyone before giving up the Time Stone for Thanos to wield. Now in ‘Spider-Man: No Way Home’ he literally casts caution to the winds when it comes to the unknown existence-threatening dangers of intervening in the multiverse just to make everyone forget that Peter Parker is Spider-Man. Back then when the first trailer dropped, I was pretty sure that it wouldn’t be so ridiculous, and I was right. It is even more ridiculous!

This is characteristic for most of No Way Home’s problems, the unbelievable character turns. In addition to that, we got some other inconsistencies like plot armor, fan service deluxe and too many villains for one film. I enjoyed the plot points but didn’t like how they happen. Unfortunately, I can’t tell you any details without spoiling the story. 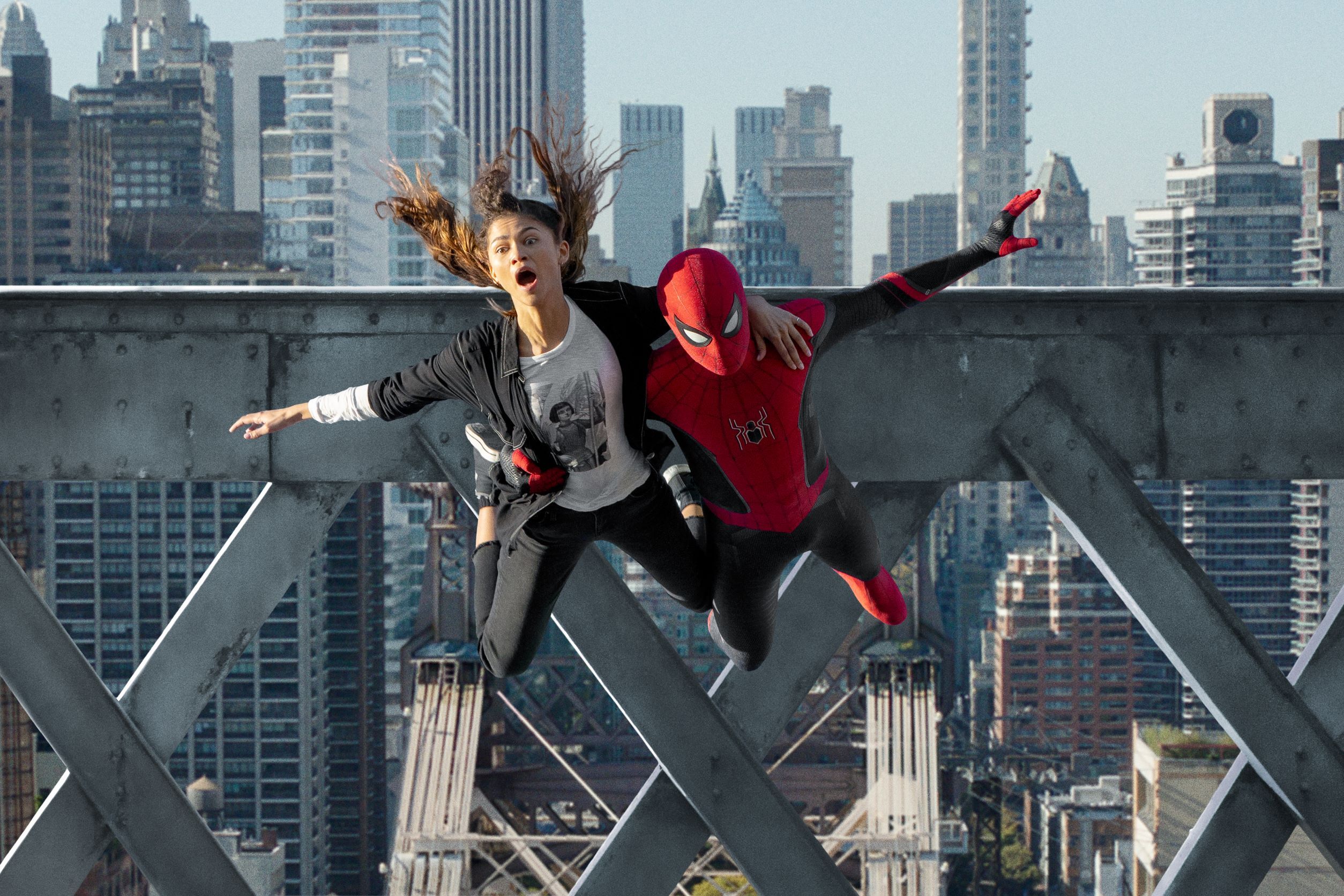 That much to the inconsistencies of the film that harmed my cinema experience. Let’s now talk about the reasons why I still count ‘Spider-Man No Way Home’ to the better Marvel films. For one thing, I could forgive the film most of its logic problems because of the beautiful moments it created, and for another, I loved the ending. But before I explain the reason for that to you, I wanna talk about Zendaya as Michelle Jones. She is a highlight of No Way Home on one hand and one of the most amazing actresses on the other. After projects like ‘Euphoria’ or ‘Malcolm and Marie‘ she has proven that she is one of the best young actresses in Hollywood. Although she may not be able to show her talent in this Spider-Man, she certainly steps more often in the light and dominates the scene. Furthermore, she has beautiful chemistry with Tom Holland as Peter Parker due to the fact that they are a couple in real life as well. When MJ has a wound over her eyebrow and Peter asks whether she’s fine after having a closer look at it, their relationship starts to feel real. Nearly just as real as the one between Andrew Garfield and Emma Stone in ‘The Amazing Spider-Man 2: Rise of Electro’, my favourite live-action Spider-Man. However, I enjoyed every scene with Zendaya and Tom Holland together. The other person they share most scenes with is Jacob Batalon as Ned Leeds. He is the reincarnation of comic relief and that’s actually quite funny often. In contrast to that, he has another part to play in the film, one which I hated to the core. This may be something only a few even recognised but I did. At this point, I’d like to call out a small SPOILER WARNING, so that I can explain. He gets Doctor Strange’s ring and is immediately able to open portals. This is bullshit. In ‘Doctor Strange’ we saw that it takes not only guidance but also many years for a mortal person to learn that simple technique. ‘Spider-Man: No Way Home’ simply ignores that by mentioning that Ned always felt some kind of magic in his family. This decision seriously gets me more upset than any other unbelievable character turn in the entire film. 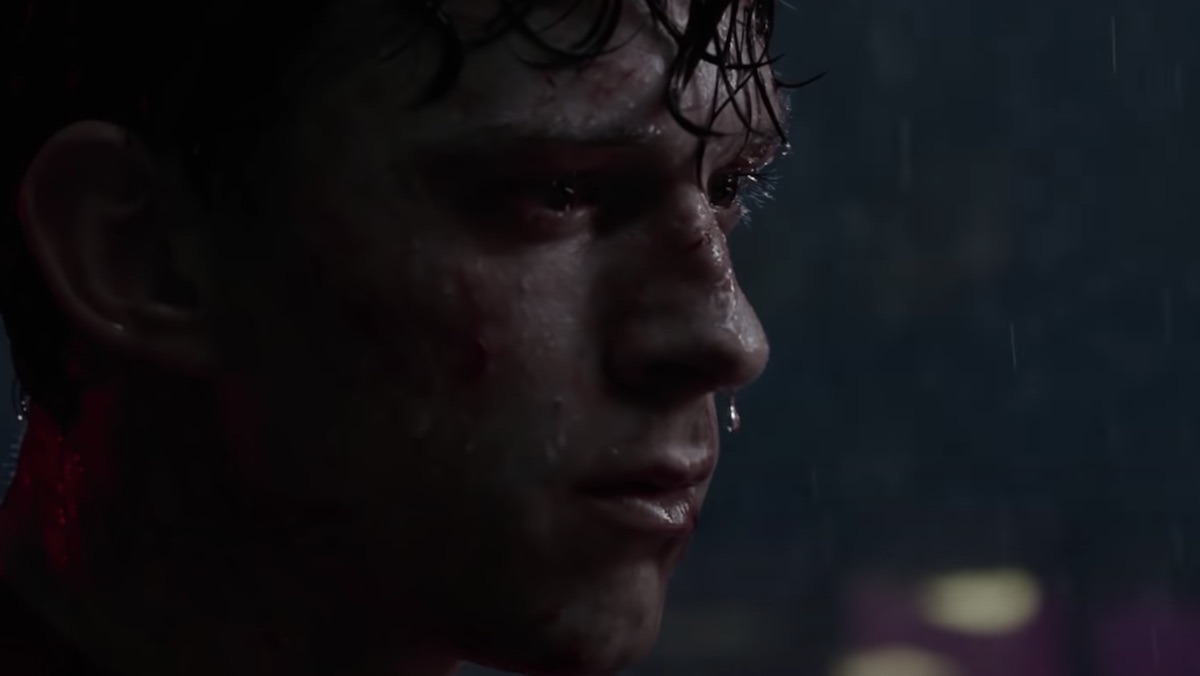 Even though the film has these flaws, I said that especially the ending got me anyway. The reason for that is the major turn in the tonality in the middle of the film. It gets serious. Spider-Man’s actions have consequences and instead of running away from them or wishing them away, he faces them. He takes responsibility and does what’s best for everyone, except himself. He becomes a selfless hero, he becomes Spider-Man. All this is captured in the one scene that I can’t forget because it concerned me. Now, I care about Tom Holland’s Spider-Man and despite all the cameos in No Way Home, it remains a Spider-Man film, Tom Hollands Spider-Man film.