“You know the deal, successfully complete the mission you get ten years of your sentence.” 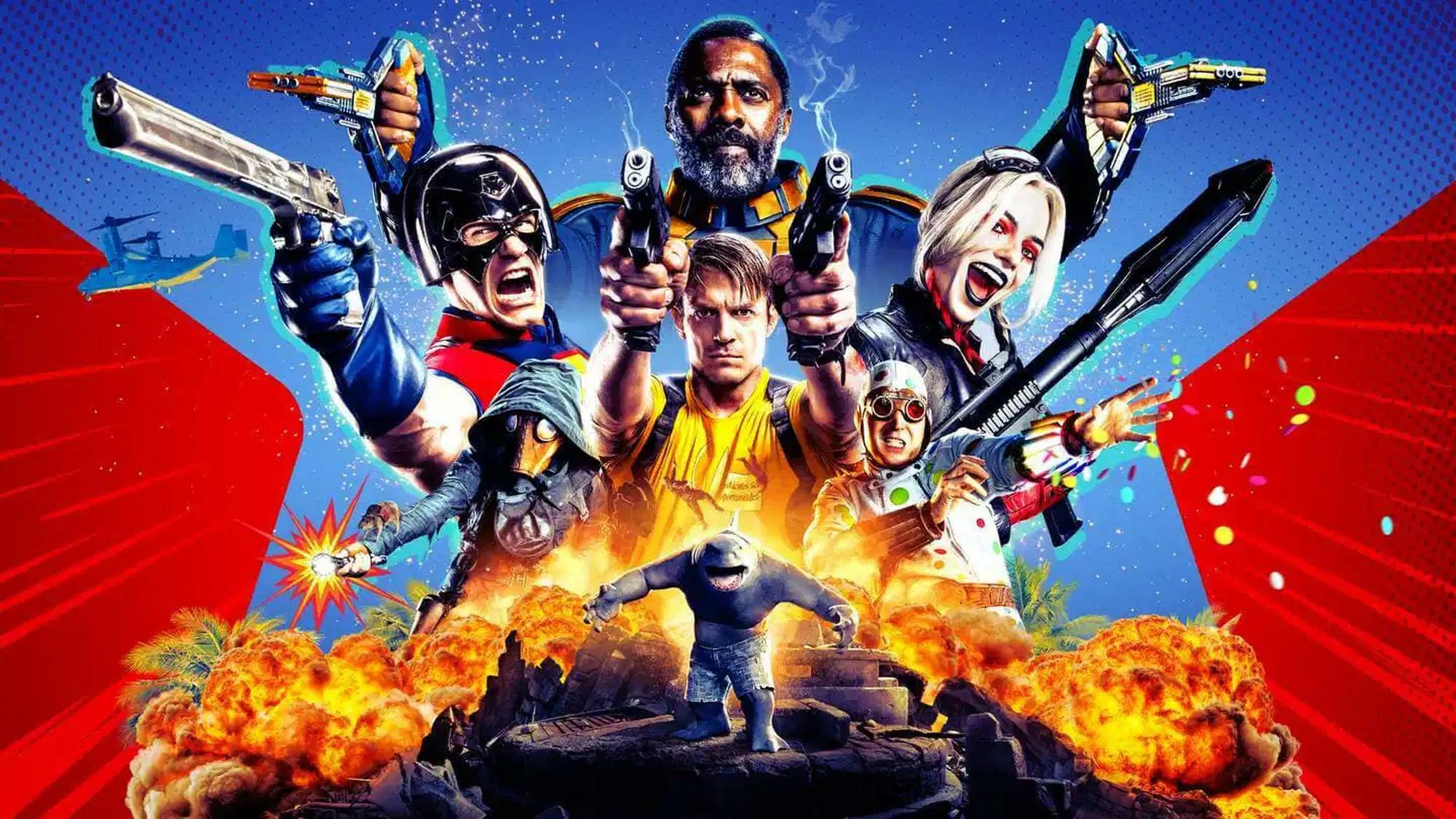 After his success with the Guardians of the Galaxy and a little dispute with Disney, Warner was quick to hire him to do a reboot of “Suicide Squad”. Two years later we can experience his version of the Suicide Squad in cinemas and I can tell you, it’s many shark fins ahead of the old version from 2016.

From the horrible beautiful mind of James Gunn comes this team of villains with extraordinary abilities which really live up to the title of a Suicide Squad. 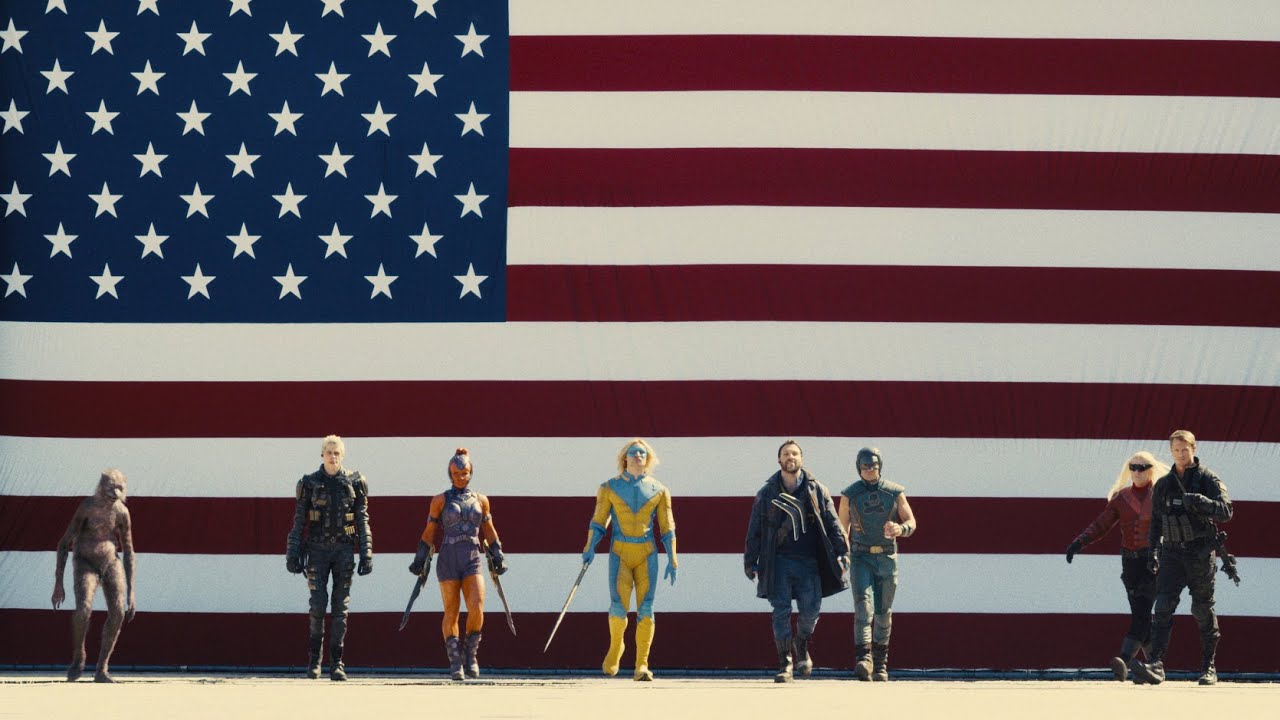 From the beginning to the end, “the Suicide Squad” kept surprising me all the time. Especially the astonishing brutality wasn’t just repellant but rather beautiful and very much needed. Rule No. 1: A good antihero film needs blood and gore! Compare “The Suicide Squad” with for example “Venom” and you’ll see what I mean. Aside from the brutality, the film contains great action scenes, beautiful camera shots, real-looking sets, although the film was shot in studio, as well as wonderful character dynamic, notably funny between Peacemaker and Bloodshot. Anyway, James Gunn throws so many crazy and insane characters onto us, that not every one of them gets the screen time s/he needs.

Not one of these characters is King Shark aka Nanaue aka Sylvester Stallone. Isn’t he just the cutest, most terrifying thing you’ve ever seen in a superhero film?!? From his appearance, over his voice down to his character, Nanaue is the most adorable character of “The Suicide Squad” with the best character development. He also brings half of the brutality to the film, as well as one of the most magnificent shots. On the other hand, there is a lot of lost potential in his character, due to the number of characters in the film. Nevertheless, Nanaue made me laugh more than anyone else in my recent cinema experiences. 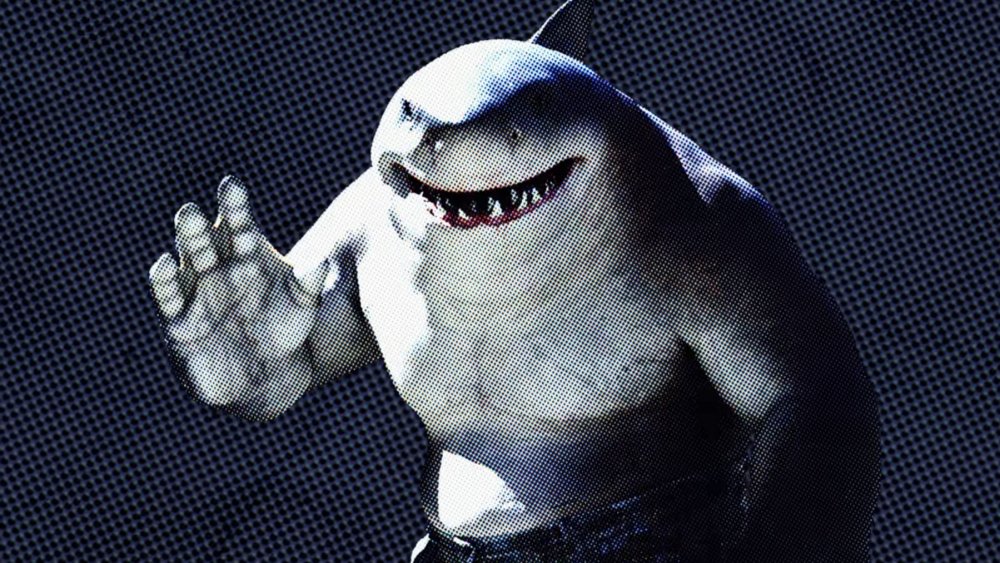 As already mentioned, the chemistry between Peacemaker and Bloodsport belongs to the best of the entire film. Looking at John Cena’s character we find a very exciting and interesting motive that gives Peacemaker a nice controversial touch. Furthermore, “The Suicide Squad” shows his real qualities that are situated in comedy rather than a serious bad guy. On the contrary, we have Bloodsport portrayed by Idris Elba, someone I always like to see on screen, even as black Superman in “Hobbs and Shaw”. He is the equivalent of Will Smith’s Deadshot in “Suicide Squad” from 2016 and the only member of the group who doesn’t want to be part of this suicide mission. There is one action scene with these two characters which is probably the best of the whole picture. 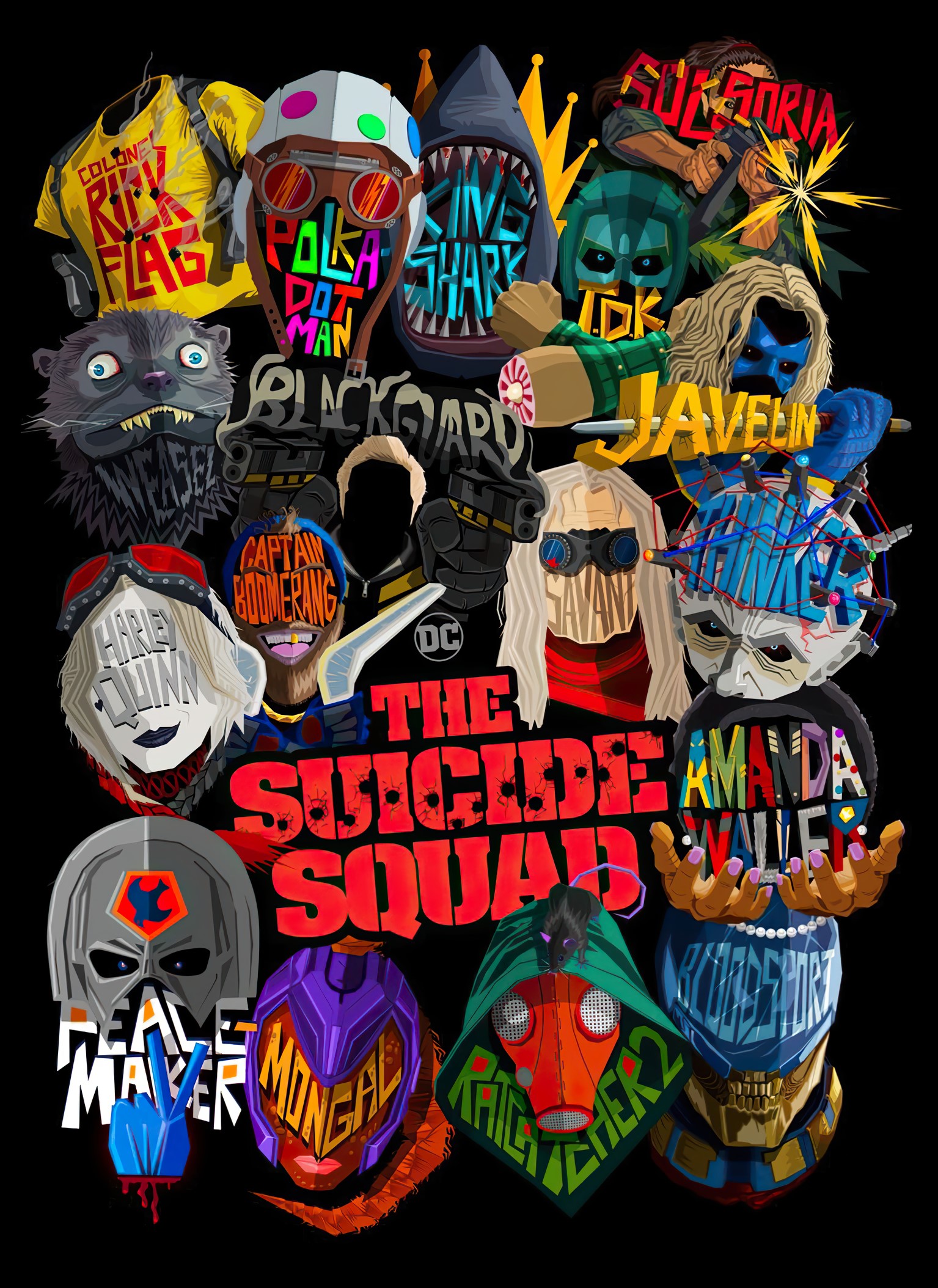 At their side, we have Daniela Melchior as Ratcatcher 2, David Dastmalchian as Polka-Dot Man and Peter Capaldi as the Thinker. Except for Ratcatcher 2, the mentioned characters don’t get much character development and instead contribute to the humor of the film. However, Ratcatcher 2 was one of my favourites and has a beautiful connection to one of my other favourite characters, you guess who I mean.
Alongside the already introduced team members, there are some old faces returning to the squad like Viola Davis as Amanda Waller, Jai Courtney as Captain Boomerang, Joel Kinnaman as Rick Flag and Margo Robbie as the psycho beauty Harley Quinn. Although each of them has a more or less bigger impact on the plot, they are all a fine addition to the ensemble.

Next to all these characters, there are some side roles containing Nathan Fillion as T.D.K., Pete Davidson as Blackguard, Michael Rooker as Savant, Flula Borg as Javelin, Mayling Ng as Mongal, Alice Braga as Sol Soria, as well as James Gunn’s brother Sean Gunn as Weasel. Taika Waititi has a guest appearance as Ratcatcher. A phenomenal and at the same time insanely huge cast.

“Robert DuBois. He’s in prison for putting Superman in the ICU with a Kryptonite bullet.”

Finishing the cast, let’s take a closer look at the film itself. Typical for James Gunn, there is a beautiful soundtrack that also includes the song from the second trailer. I always celebrate a film that does that, gives the whole experience some sort of a cross-format touch and picks up the catchy vibe from the trailer. In the case of “Wonder Woman 1984” this would’ve been crucial. “The Suicide Squad” also has good pacing between action, silence, humor and emotion which fits the film but isn’t outstanding.

Taken together, “The Suicide Squad” is a pure comic-book film. Brutal, overloaded, psycho and a feast for nerds and everyone who likes that weird craziness from the trailers. I am one of them and got one of the best DC superhero films. “The Suicide Squad” is evidence that good superhero films don’t need a sequel and can be mature as well as crazy. Still, the film doesn’t reach the genius of James Gunn’s Guardians of the Galaxy.

“If this whole beach was completely covered in d**ks, and somebody said I had to eat every d**k until the beach was clean for liberty, I would say no problemo.” 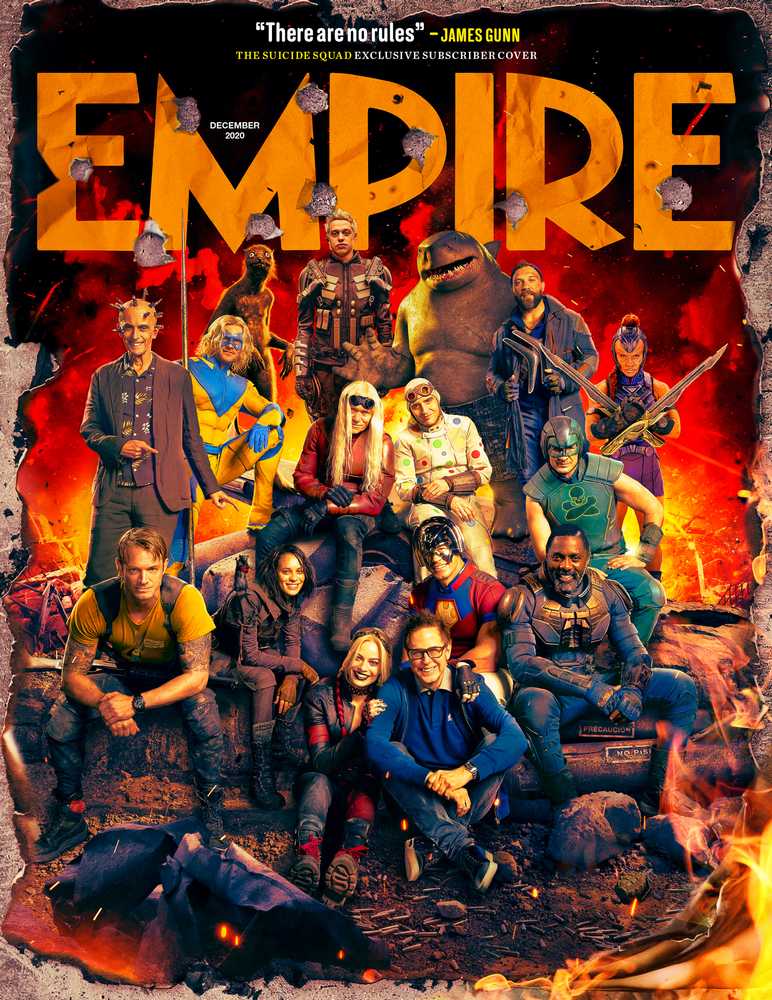