Nothing less than magnificent. An adjective that suits each of life’s phases, every challenge we have to face, every path we choose, even the worst experiences we undergo in life are magnificent. We learn from them. They lead us onto the right path, we just have to trust that everything will turn out just as it is meant to be. ‘Tick, Tick…Boom!’ is just that, magnificent.

Cages or wings, which do you prefer?

- Louder Than Words by Andrew Garfield 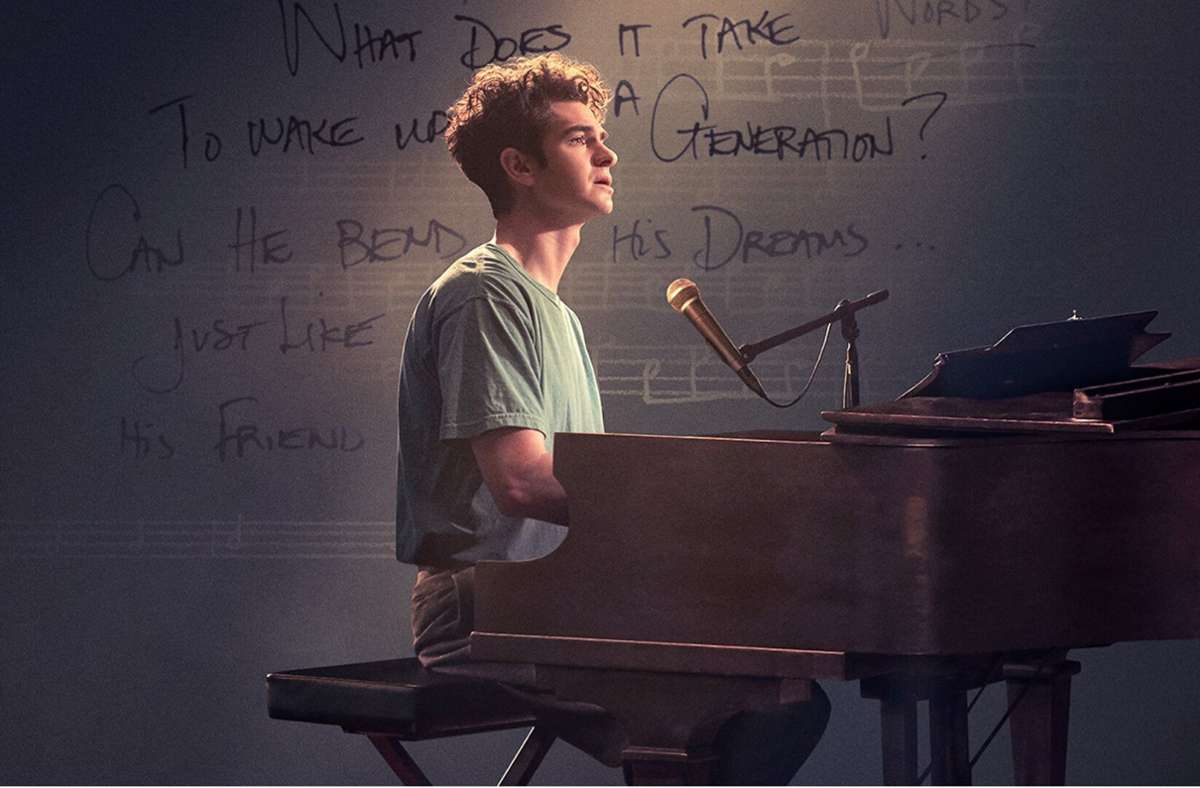 The film is based on a true story and deals with the rough times of American composer, lyricist and playwright Jonathan Larson, portrayed by Andrew Garfield. The brilliant actor first earned my respect in ‘The Amazing Spiderman’ when playing Peter Parker aka Spiderman. For me, he always has been the best Spiderman and the second part of the failed trilogy remains one of my favourite comic-book films up to today. Later, I saw him in ‘Hacksaw Ridge’ and ‘The Social Network’. Both phenomenal performances from which especially his portrayal of Desmond T. Doss in ‘Hacksaw Ridge’ conquered my memory. In ‘Tick, Tick…Boom!’ he proves his theatrical acting talent again and that’s what it feels like, a play.

Nonetheless, it is a musical, my favourite musical since ‘La La Land’. Ironically it’s not even that different from the beautiful love story between Ryan Gosling and Emma Stone. Just like Mia (Emma Stone), Jonathan Larson is heading towards his breakthrough, in his case a workshop. The only thing that’s missing is the most important song of it. Apart from that, he has to deal with a lot of pressure in terms of friendship and love. Within the told love story you’ll see the parallels to ‘La La Land’.

Though the film reminded me of this fabulous musical, it can’t live up to it. There are too many songs that aren’t different or catchy enough to be as memorable as the ones from Ryan Gosling and Emma Stone. Although, ‘Tick, Tick…Boom’ may not be as perfect as ‘La La Land’, it certainly does its best. The songs are pretty cool, the choreographies are wonderful and the characters seem approachable and not too exaggerated. Where the none-musical scenes drive the story forward, the songs add depth to it making the film not just entertainment but an experience that wanna teach us some lessons of life. A few weeks ago I reviewed ‘Red Notice‘ and although I enjoyed the light entertainment, it was a waste of time. I didn’t learn anything, the film had no depth that I could’ve explored further in my mind. ‘Tick, Tick…Boom!’ instead, offers so much content for the audience to reflect. For example Andrew Garfield’s first song ’30/90′ in which he digests his 30th birthday. Still working as a waiter and having achieved nothing in his playwright career yet while others already performed plays at Broadway. Jonathan Larson’s train of thoughts is something I often think about when I make plans for my own future. Where do I wanna be when I turn 30? Time is running so fast and with each year I’m aging, I come closer to that day. It’s like constant pressure. Should I work on my dream job that may be unlikely to reach or rather go for a safe one with a nice income? All this is going through my mind in this song alone. Just like it is going through Jonathan Larson’s head at that moment when he is reflecting on his last years. 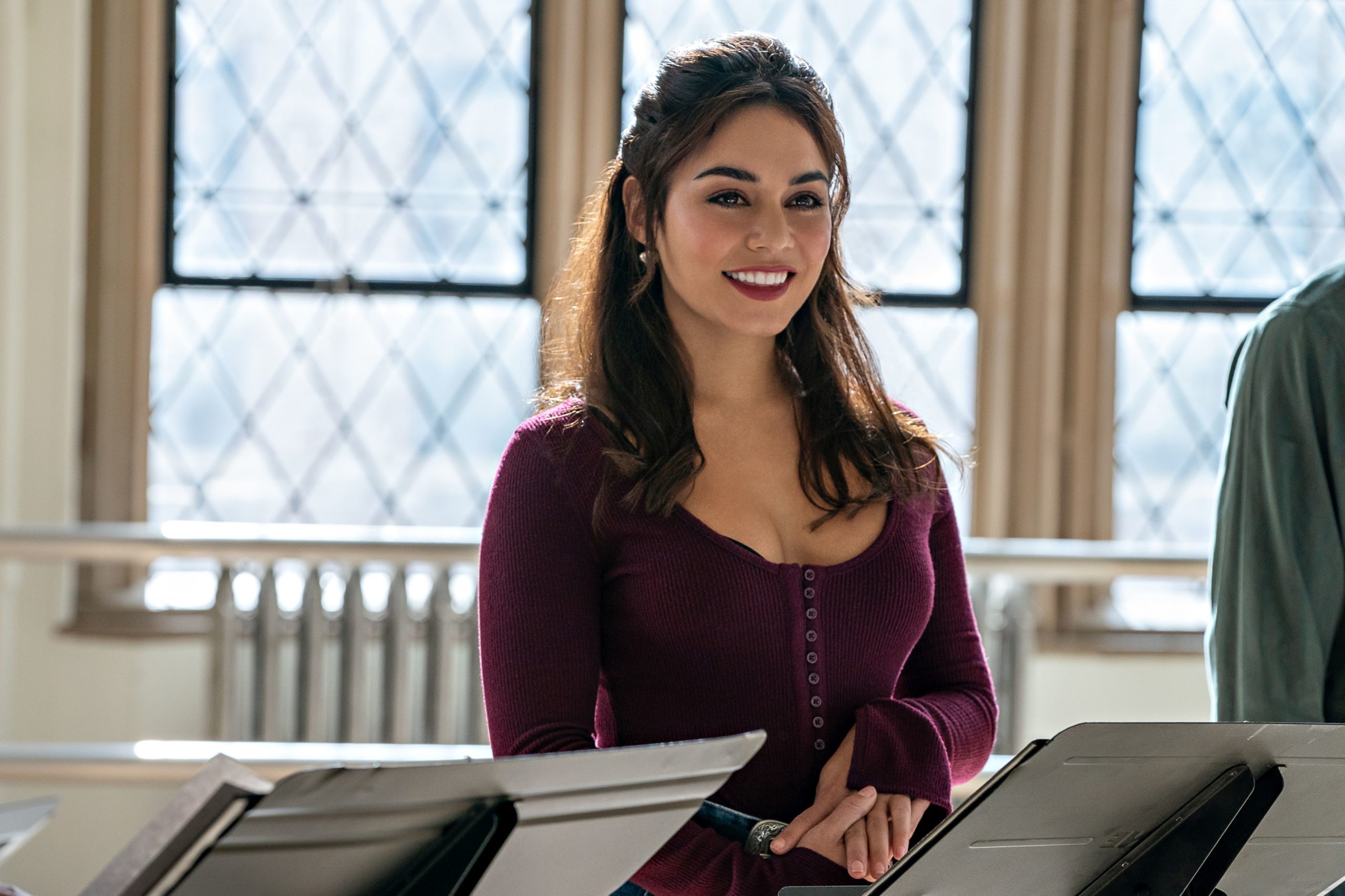 ‘Tick, Tick…Boom!’ is like a time bomb, ticking and ticking until the bomb explodes. Jonathan is running out of time and this pressure contributes to the tension of the film, we wanna see the moment he finally succeeds, that his workshop is a total success. At the same time, we are invested in the side characters like Jonathan’s girlfriend Susan, portrayed by Alexandra Shipp, or his best friend Michael, embodied by Robin de Jesús. They bring even more depth into the film by the way they influence Jonathan’s life. Furthermore, there is one character I would’ve wanted to see more from. Vanessa Hudgens as Karessa Johnson. She appears quite often for a side character that has no major influence on the story.

The film is aware that it can’t involve her in the story as well, due to the run time and substance of the musical. It couldn’t have been longer.

All in all, ‘Tick, Tick…Boom!’ is a wonderful musical about someone who is determined to his dream that he would dedicate everything in his life to it without a guarantee of success. The film contains a whole bunch of songs that may not conquer the mind but are still great and catchy if you put them on, even after the film has ended. Furthermore, we get to the bottom of life’s challenges and problems of the characters that even encourage us to think about our own.