With a budget of around $200 million, ‘Red Notice’ represents the most expensive Netflix film. However, the crime comedy can’t overcome the attitude of “entertaining”.

A few weeks ago, I wrote down my thoughts on ‘Dune‘, one if not the best film of 2021. The beginning of an epos including well-written characters, breathtaking visuals, a brilliant Soundtrack and a story that inspired the biggest sci-fi franchise of all time. ‘Dune‘ is more than a film, it is a piece of art we rarely get to see and that gives us much more to think about, even after the credits rolled. We have to talk about it, that’s the difference between a film like ‘Dune‘ and one like ‘Red Notice’. Latter is mind candy, yet nothing further. Nevertheless, I have to talk about it a little bit to be able to state my position towards the film. Let’s begin with the cast, the three “horsemen” of being unbelievably expensive. First of them is Dwayne “The Rock” Johnson as John Hartley, maybe his least shoddy performance of the last decade. At his side is Ryan Reynolds as Nolan Booth who makes up the comedy part of the film. Our third horseman is ironically not even a man, it is the wonderful Gal Gadot as Sarah Black. Big names with even bigger fees. To see these three in one film is actually pretty cool, though it seems like the plot was built around them after they’ve been cast. To reach out to an even wider audience, ‘Red Notice’ is as international as the entire Fast & Furious-Franchise. From Bali to London and beyond! Just as over the top as the variety of locations, is the action. Good action sequences that you’d keep in mind are missed like any threat for anyone. I’m pretty sure no one died in this treasure hunt although, people are being shot, thrown off trucks and beat up. Yes, it has to be PG-13 but that doesn’t mean that everyone got to be invincible.

In addition to that, I want to mention the rather poor effects in two scenes and some weird plot developments that stop making sense the minute you start thinking about them, like the amount of intelligence going after the world’s greatest thieves. On the opposite, ‘Red Notice’ contained quite some funny jokes, largely made up by Ryan Reynolds. Another unusual aspect was prominently shown in the trailer to the film, yet is barely in it, the fast-flying camera. What could have been a cool item to film complex action fights was only used a few times in the beginning. Coming to the conclusion and the last couple of minutes of ‘Red Notice’ I saw where all the money went. Despite these flaws, ‘Red Notice’ caught me. Not necessarily because of the constellation of actors but definitely because of the end-credits-song. No matter the quality of a film, if there’s a catchy song in the credits, I’m in. Let me leave the experience with a nice song ringing in my ear and I’ll want more. ‘Red Notice’ comes along with ‘One the Run’ by Naz Tokio. The other song that stuck in my head was ‘Downtown’, this time “performed” by Gal Gadot, that’s also prominently featured in ‘Last Night in Soho’. Anyway, I’m up for a second part of ‘Red Notice’, for another piece of mind-candy. 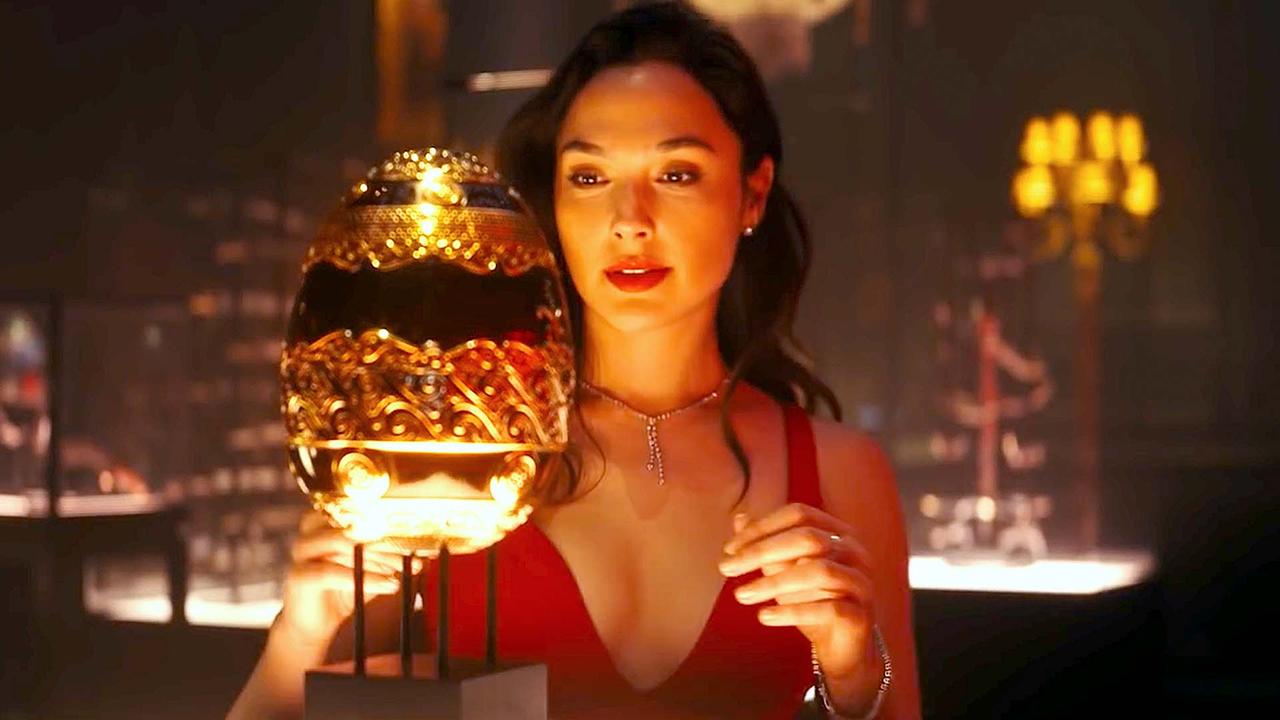